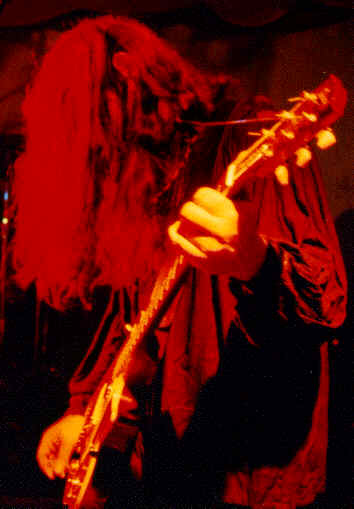 Guitarman Rochus Honold was born in Times of Old in the Suebian Highlands. In Munich he was co-founder and singer of the Doors-style band Indian Summer and the blues rock band Red Baron. Since 1993 he plays guitar for Fuckin Wild. Hes writing most of the rock-oriented songs of the band. He tells:

 An old Marshall amp, a Gibson Les Paul, wah-wah, octaver, chorus, several flangers and an assortment of different delays combined with feedbacks: thats all you need to prepare the magic broth... Standard presets Im leaving to others. If somethings hot, legalize it.
My songs are dealing with my life: love, melancholy, anger, happiness and strange creatures from old tales that inhabit my head and communicate with each other. A melody, a riff or some piece of lyrics are coming to my mind, Im working on it for some time and then a new song is born. And each one sounds different to those before.
Oddly enough most of my prefered musicians are called James.